“The sort of show that makes you excited about the Fringe again.” – Broadway Baby

L O V E is a time-travelling thriller comedy about love and everything that’s wrong with it.

With more than 100 characters performed by the maniac clown Jacob Lovick over 10,000 years,
L O V E tells the story of Norman and Margot, two time-travelers with nothing to lose except the whole of history itself.

Jacob is also accompanied by an original score composed and performed live by Jack Toop. 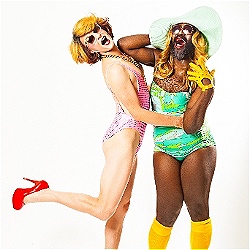 A NIGHT AT THE MUSICALS is a tortured love letter to the glorious genre of musical theatre... High glamah, intense assholism, divine costumes ...

A Night at the Musicals
add